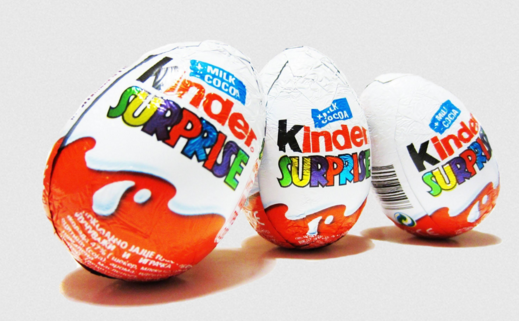 My two-year-old daughter, Daisy, is completely obsessed with watching people open Kinder Surprise Eggs on Youtube and I find it slightly disturbing.

In case you don’t know what I’m talking about, join the 380 million people who’ve watched the video below.

It all started when my mom, Donna, bought her an iPad. (Obviously, we have hopes & dreams that she’ll grow up to be some sort of tech prodigy or Instagram influencer, but that’s beside the point.) Donna was tired of sharing her Kindle Fire and I was tired of having Baby Bell cheese smears on my iPhone so Daisy got an iPad mini. We loaded it up with ABC iView, Peppa Pig movies, Endless Alphabet and other educational games. One day, I naively decided to put the YouTube Kids app on there. Little did I know, this was going to lead Daisy (and myself) down a very dark hole.

Did you know that grown humans upload videos of themselves unboxing and playing with toys? I didn’t either and it’s as creepy as it sounds. After I watched Daisy watch a woman play “bath time” with her baby doll, she stumbled upon a plethora of videos showing people opening Kinder Surprise Eggs. Each video seemed to have a different theme. Some scary and masculine, some light hearted and feminine.

Needless to say, they were all weird as phuck.

As a self-confessed “Cool Mom,” I was surprised when I found myself wanting to take the videos away. I felt like the Fun Police and it felt wrong. Perhaps it was the intensity that Daisy stared with. It was like she was in an alternate universe. One with egg shaped chocolate, arcade music and cheap toys that are clearly a choking hazard. While in her trance, I’m fairly confident she didn’t blink for over 43 minutes. Even though I secretly enjoyed how distracted she was, (I could get so much done!) I decided to delete the app. For a few days, Daisy begged to, “Watch eggs! Watch eggs!”

Since my main goal as a parent is to awaken her genius and keep her spirit lit, I decided to buy her an actual Kinder Surprise Egg. It seemed healthier than hours of YouTube virtual reality. As her tiny fingers broke through the foil I noticed that Daisy was in chocolate egg heaven. Of course she was, it was a chocolate egg with a toy in it. Unfortunately, I quickly learned that two-year-old sugar crashes send me straight to hell. I also felt like she only wanted to eat chocolate instead of her meals so I knew I needed to limit them to holidays and special occassions. (Or a road trip when I needed to bribe her.) For the next week she begged for more “chocolate eggs.” “MORE MORE MORE.”

With Daisy’s egg obession still going full steam ahead and my need to not cave to weird YouTube videos, I jumped at the opportunity to collect my friend’s chicken’s eggs when they went out of town. I knew this would be the perfect opportunity for me to show Daisy how to have a healthy relationship with eggs in real life. Perhaps I should have explained to her that there are not toys inside chicken eggs. 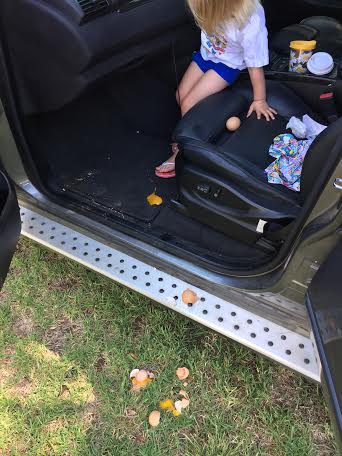 The next time we went, I figured she would have learned from her mistake.

(Apparently I forgot that she is two.) 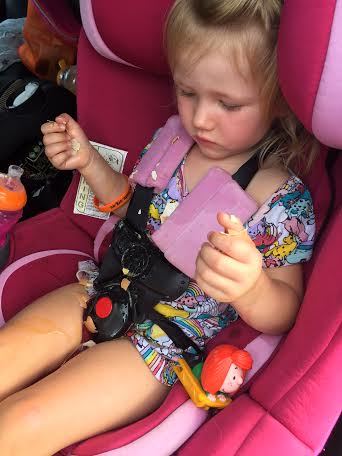 As a working mom of two, I really miss having those creepy Angry Bird themed egg videos to distract Daisy when she wakes up at 5am. But as a marketing professional, I feel like I have to protect Daisy from the not so subliminal YouTube videos telling her to ask for a Kinder Surprise Egg the next time we are in the check out at Woolworths. I feel like giant toy companies and media houses have discovered that children are completely engrossed by these videos and  pay people to make them and it feels conniving.

I have to ask, are these videos an Australian thing? Do children in the US also obsess? 5.1 BILLION views is a lot, so maybe kids in Asia have joined in too. Do you have an egg obsessed kid? Talk to me.

I Went Vegan for 24 Hours And This Is What Happened

The Time I Became A Political Commentator And Learned To Not Give A F&@%...
Scroll to top