For many years, Caitlin Kay-Smith lived her life as a successful publicist who worked in publishing. Self-described as terminally single through nearly all of her twenties, she always knew deep down that she wanted to be a mother and feared that it might never happen for her. Luckily, Saturn returned and the stars aligned and she met Roland. They fell deeply in love, got married and began trying for a baby. 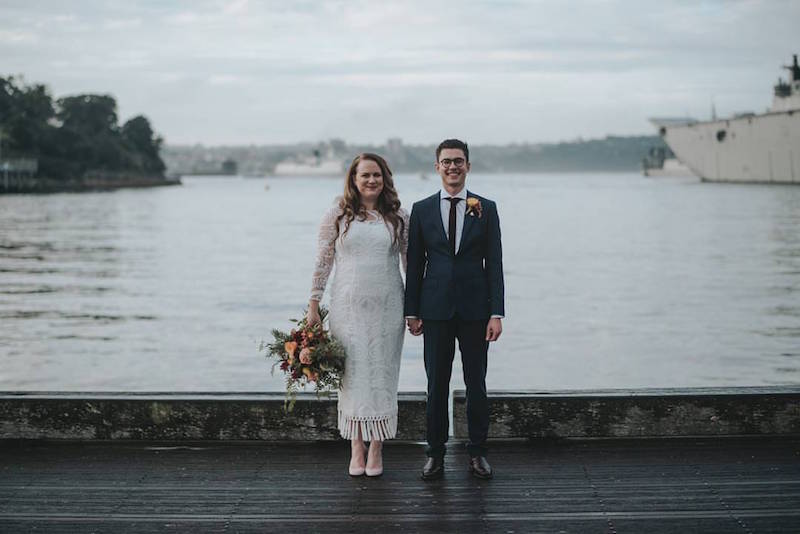 While Caitlin’s story sounds common, her pregnancy was anything but. Caitlin suffered from Hyperemesis Gravidarum (HG) and it derailed more than just her pregnancy. It affected her work, her relationship and her mental health.

“I started throwing up at just over four weeks and was hospitalized for the first time at nine weeks. The morning sickness came on pretty quickly and with a vengeance I could not have anticipated.”

What exactly is Hyperemesis Gravidarum?

Caitlin explains, “It’s one of a range of pregnancy sicknesses that impact the mother and, generally, not the baby. Imagine pregnancy sickness on a spectrum. On one end you have morning sickness, which is very mild, doesn’t interfere with your daily life too much and subsides after the first trimester.

In the middle, you’ll find Nausea and Vomiting in Pregnancy, or NVP, which is more intense than morning sickness, can last beyond the first trimester and will impact your ability to function normally.

At the other end you have HG, the most severe of the pregnancy sicknesses. HG affects every facet of your life, lasts well beyond the first trimester (often until delivery) and makes it almost impossible to function normally. It’s characterized by intractable vomiting (between 5 and 100 times a day), constant and unrelenting nausea and all manners of complications resulting from chronic dehydration and malnutrition. Women with HG suffer a range of issues from the very mild – like the pain of vomiting countless times a day to being unable to eat – to the very severe – multiple organ failure, feeding tubes, nephrostomy bags and indefinite hospitalization.”

The problem with having Hyperemesis Gravidarum, is that it’s still not that widely diagnosed. Caitlin recalls feeling frustrated that she couldn’t find an answer for her extreme sickness.

“Like a lot of women with HG, I found myself being treated as a bit of a medical mystery. Once I passed twelve weeks and people started telling me I ‘really should be better by now’ it became clear to me that I had crossed over into unchartered territory. When I hit 15 weeks, and was being hospitalized every few days, I decided to take matters into my own hands and suggested to anyone who would listen that I thought I had HG.

It took a while before anyone took me seriously, and it really only clicked for people when I was about 22 weeks and still waving vomit bags around in Emergency Room. Sadly, this is a really common experience for women with HG and unfortunately makes getting the correct treatment plan difficult.

As a result, my treatment was very haphazard and I believe I suffered more than I needed to be because the people caring for me delayed my diagnosis. I was on anti-emetic (anti-vomiting), anti-nausea and antacid medication as well as pills to help me sleep and anti-depressants. HG is a multifaceted illness, meaning there are a number of different factors that contribute to symptoms – each of which needs to be managed individually in order for there to be any relief.

Looking back, on top of properly being medicated, I also needed a doctor to actually accept and acknowledge what I was going through. I needed to be validated. If I had a dollar for every person who told me ‘well at least the baby is healthy’ I’d be a squillionaire. I was completely stripped of my humanity and autonomy and I would have given a kidney for one person to say, ‘I see you, this is happening, it’s real.

I needed for everyone to stop saying it was all in my head, it was bulimia, it was me harming my baby, or any of the other insane things that were said – and instead say, ‘you’re sick, I can’t take it away but let me try and make you comfortable’. That’s all. It’s such a simple thing but it would have changed my life.”

When asked more about how HG affected her mental health, professional life and relationship, Caitlin explained, “I have a longstanding history of depression, so I thought I knew all the tricks for keeping myself above water. But I was dead wrong. I’ve never been chronically ill before – and HG is a chronic illness like any other. There’s a lot of focus on maternal mental health once baby arrives, but perinatal mental health is just is important.

To say it affected my career massively would have been an understatement. I was working as a freelance publicist, as I had for many years, and I had to stop work when I was about five months along – though probably should have stopped way earlier given the amount of time I spent in hospital at that point. I had to pull out of a really amazing contract working on an ideas festival that was really impressive and run by a woman who I really admire. It was devastating having to do that on a personal level.

Quickly after becoming pregnant, my husband became my full time care giver. I would not have survived it if he hadn’t put everything aside in order to keep me going. And he had to keep working his butt off as the sole breadwinner. It was an enormous burden, and while he was happy to do it because he loves me and loves our baby, I think we will feel the after affects of the inequity it caused for a while to come.”

Today, Caitlin is the mother to a beautiful and healthy baby girl named Monty. 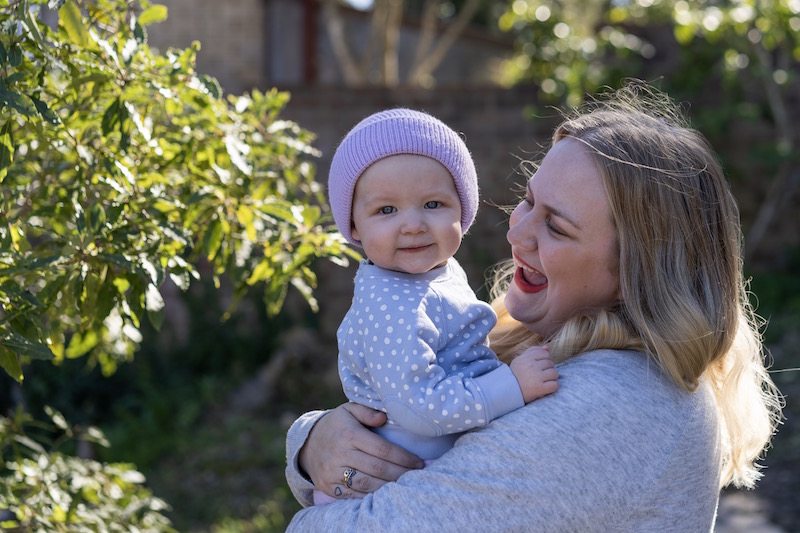 “We are the one-stop-shop for anyone suffering pregnancy sickness. Along with our website, which is full of resources to get you through your pregnancy, we have professional resources and are working with each state based health department to implement our protocols as standard nation-wide. We’re also in the process of building our peer-to-peer support network, so that current sufferers can be buddied up with a survivor so that they have someone on hand 24/7 as support. We’re basically just making as much noise as possible to affect as much change as we can so no women will suffer like we have.

We are also working on ensuring women get effective treatment plans. Currently, our recommended protocol involves layering medications that control nausea, vomiting, bile and saliva production in the first instance. The HGA protocol is tiered, so you start at the bottom rung and work your way up to the more serious treatments as things are tried and found ineffective. We believe that the earlier treatment is started the less likely a woman is to require more invasive treatments.

A lot of women, and health care professionals, see sickness in pregnancy as a normal part of the experience and so proper care is delayed or withheld. If you’re too slow in receiving treatment, and dehydration is allowed to take hold, it’s near impossible to pull you back from that point. This is why we advocate for early intervention – and even recommend that women who’ve had HG begin taking certain medications before they try conceiving again to lessen the risk that HG will violently take hold.”

When asked about any tried and trusted tips for those experiencing HG, Caitlin added, “Shout from the rooftops until you get the care you deserve. You don’t have to sit back and just take whatever scraps you are given. HG is treatable, and while it can never be taken away from you, you can suffer less. Don’t let anyone force ginger on you. Get a medication plan and stick to it religiously. Change doctors if they don’t know what HG is. Outsource all domestic duties if you can afford it. Accept the help your friends and family offer. Make people understand the severity of what you’re dealing with. Come and talk to me at HGA. Talk, talk, talk, talk – until someone listens. HG is a disease – if you weren’t pregnant and you were this sick you wouldn’t rest until someone fixed you. This is no different.”

FIND OUT MORE ABOUT THE GLOBAL WORK HYPEREMESIS GRAVIDARM AUSTRALIA DOES AND THE SUPPORT THEY CAN PROVIDE.