Summer’s Book Club recently read the literary masterpiece that is YOU by Caroline Kepnes. I LOVED it. I was weirdly attracted to the main character, Joe Goldberg. (Spoiler: It’s weird because he is a crazed stalker.) The writing is also brilliant and fast and you’re left wanting MORE. Thank goodness for its sequel, Hidden Bodies. 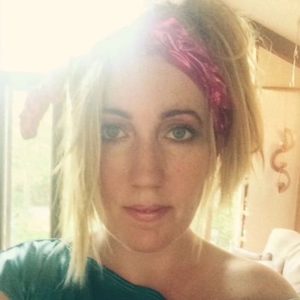 1. Was YOU your first manuscript or had you written anything before?

I wrote dozens of short stories and had many published. I can’t say that enough to people who want to write, especially if you don’t have a lot of time on your hands. It’s the greatest lesson, trying to tell a story in 1000 words and then sending it out to a journal or entering it in a contest and the minute you hit send you’re like oh wait now I know what’s wrong with it! So there were all my stories. I did also write a biography of Stephen Crane for a small academic publisher for kids. That was a great learning experience and later inspired all of the Red Badge of Courage story in You. I also ghost wrote a YA fantasy e-book called Dig under the pen name Audrey Hart. I had started a lot of novels, of course, but I sounded different when I sat down to write a “novel” than I did when I wrote short fiction. More formal, less authentic. That’s where I was finally like, okay, I’ll never do this unless I switch my approach in my mind, stop tensing up and tell myself I’m not writing a novel, I’m just transcribing this guy’s internal monologue, his secret diary, a really long short story.

2. Did you base Joe Goldberg off of anyone in particular? We’re keen to know how you were able to make him so complex and creepy!

Aaah I just let him live in my head. I didn’t base him on anyone, but more on feelings I had. The year before I started writing was very much the worst year of my life. I moved home with my parents, both of whom were very ill. I mean at one point they were in different buildings at a hospital and I was running from one building to another in the freezing cold. My father passed away, a couple days before my birthday. That changes you. And then I had a freak illness of my own where I had to have emergency surgery, then speak primarily through a notepad to avoid talking out loud. At some point, when everything is just shit and you’re back in LA after being away from a year crashing on a friend’s couch and speaking through a notepad…I mean, Joe was born out of the hell fire in my mind. He was the TV show I wished existed, his internal life, his fire, he made me laugh and cringe and I leaned way into that. The writing process was a thing where I wrote the first 8 pages seriously maybe 50 times. Almost memorizing them. Hearing his thought process, learning how I could keep this up for a long time. And then I just wrote the fuck out of it and it saved my life, having this fun place to go every day. It was a very compulsive experience where I could hear him and sometimes I’d have to pull my car over and write in my phone. Oh that’s the dream. But that’s where for me anyway. I don’t get there until raking the start over the coals, thinking and thinking and thinking, until it feels right to me.

3. Did you create your characters first or the plot?

It started with a vague plot, this dream man who’s actually a murderer. A nice masochistic experiment! And I built everyone to push him, because for me, this book was so much about the human experience, what it’s like to be you and me and anyone. How we all have our own version of the world, our own take. So I then thought, who would drive him the craziest?

4. Did you intentionally make Joe’s victims unlikeable so your readers might potentially side with him?

That just sort of happened naturally because of what drove me through the writing process, the way we build the narrative in our mind. Like Peach, if this were her book, she’d paint Joe in a very different light. She’d tell you that he was standoffish and arrogant and shady and spoiled in his own way and you’d read it and probably agree with her. So it wasn’t so much that I thought of these people as unlikable, but I thought about what it feels like when you just hate someone or feel hurt by someone, how isolating that can be because nobody is in your shoes. Nobody quite sees the world from your vantage point.

5. Did you always know that there would be a sequel?

I mean I never loved writing anything so much in my life, so a few chapters in, it was like, I’m not done. I’ll never be done. He’s too much fun!

6. Are there any characters besides Joe that you’re particularly drawn to?

In the book, Karen Minty delighted me to no end. I loved her work ethic and her intense sense of identity. And Ethan. Oh I love Ethan so much. It was hard not to just have hundreds of pages of Ethan praising The Gao. But you know, onward. Maybe that’s why they both got to live!

7. Will there a third Joe Goldberg instalment?!

Eventually oh yes, I have plans for him. The original title of the second book was Love. The publisher wanted something better for search engines, which I get. But I thought of this series as You…Love…Me. The first book was about Joe looking for love, the second was about Joe finding love and experiencing it, now the poor guy is going to be stuck in love, more irritated than ever in some ways, feeling lied to about the joy of…SPOILER ALERT…parenthood.

8. Are there any authors of books in particular that inspired you to write Thriller?

It’s always been a combination of styles for me. The books mentioned in You were all inspirational to me. Impossible Vacation by Spaulding Grey in particular, that’s a real head trip book. And The Silence of the Lambs, how much psychology is going on in there, that’s a book I loved. The same goes for the books I have of lyrics. Springsteen and Prince. I was very keen to make a book that was like the inside of a mind, where all these favorite things are cropping up, Joe’s ports in the storm. And I love Patricia Highsmith and Charles Dickens just so much, the social commentary, my whole life I’ve been drawn to books that make you think just as much about the social norms as the story. Also Lucinda Rosenfeld, her first two books, two of my favorite books, that’s not a thriller but those books were thrilling to me personally.

9. Any writing advice for aspiring authors?

Write when you feel like it and also when you don’t feel like it. I was talking to Jessica Knoll the other day (Luckiest Girl Alive, read it, the book has actual teeth, it does) and she made a great observation about the magic hour in the morning, when your mind is fresh. That hit home with me and it’s something I’ve gotten more away of lately with this new book I’m working on. Thinking is writing. Writing is so much easier if you’ve spent time thinking. Denise Rudberg, badass Swedish writer and just all around gem) she tells her kids that Mommy needs her staring time. I love that phrase. I can’t endorse that enough. All writing comes from something you’re thinking about, feeling. So wake up, say hello to yourself and grab the computer. I write a lot before I even have coffee now and it’s a great time for solving problems. But also everyone is different. Just find that staring time, that thinking time, it doesn’t have to be a lot of time. I mean most of us do not have several hours to walk about the prairie and think. But once you make it a habit, you’d be surprised by how much you can unpack in ten minutes. Another writer I know, he gets a massage once a week, that’s a ritual and he writes in his head the whole time and then he goes home and writes it all in the computer. Find your way. And don’t beat yourself up when you get stuck. It is literally not possible to write without getting stuck. You want to get stuck. It means you’re looking for something. And you will find it.

10. Any more book tours to Australia?

Omigod I want to come back yes. I tell my publisher constantly. They are well aware. 🙂 My next book will be out there in 2018 and hopefully I’ll come back with that. One of my favorite books I read–that I learned about from Summer and some other wonderful women in Australia–was The Natural Way of Things. I didn’t get to see much of the wild part of your land, and I’d just love to see more of it. So big yes to that. It’s stunning there and that’s in large part because of your sharp, boisterous people. Oh actually can I go now please? 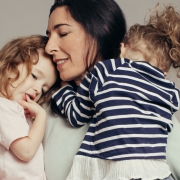 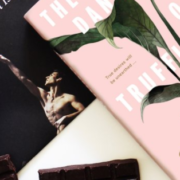 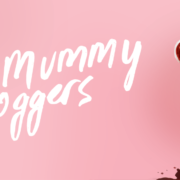 Laughter In The Outback with Miss Chardy
Scroll to top