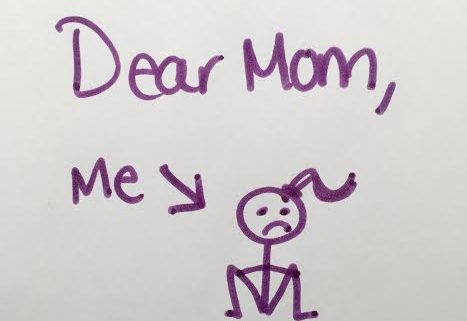 The first time I was pregnant, I was horribly sick. But what was worse than the all day Spew Fest I called my life, was the constipation. What little food I could keep down became hard and dense like the red clay earth in beautiful Australia.

During my first trimester, I was cleverly trying to hide the fact that I was up the duff while at my friend, Nelly’s, birthday party. While all of my friends were drinking wine and giggling away, I scooted off to the bathroom.

I was past the point of constipated and convinced that I must have a bowel obstruction. (Had I accidentally swallowed a metal BBQ grill brush bristle?! That’s a real thing you know!) It was as if I had eaten mozzarella sticks deep-fried in Liquid Nails glue. Everything felt heavy and stuck. The weight in my bowels was unbearable. I sat down on Nelly’s toilet and tried to practice Lamaze breathing as I worked this bitch of a turd out. Since I didn’t want to strain (huge fear of having haemorrhoids), I decided to calmly take deep breaths and not rush the birthing process. I stared at a bathmat and counted the stripes during my first push. The second one brought my gaze to an electric toothbrush. I wondered about how many people had used one of those as a vibrator. By my third push I felt some (cough) widening. My poop was crowning.

Careful not to strain, I inhaled through my nose, and then did short breaths and pushes to get the head out. By my 7th push I was just flat out sweating. I took off my shirt and kicked my shorts and undies off, all the while this giant California Raisin was hanging halfway out of me. Desperate, I remembered a weird bit of bathroom advice Donna once gave me. I climbed up on the toilet so that I was in a gargoyle squatting position. I was hoping that by perching I’d be able to allow for this poop from hell to escape. Finally I felt some movement. I felt my anus expand even further and then quickly tighten. Expecting to see a bowling ball, I was shocked when something the size of a rat pellet floated in the toilet. But enough about that. There was more.

But this next doozy was something to write home about.

You would not believe what is coming out of me right now. It feels as if it is caught inside my anus. The edges feel like shards of glass. I reach with my fingers to feel and it seems a sharp dry piece of poop has snagged on the outside of my rectum. I have tears in my eyes. Sweat is blinding me. I have to take action. I reach back and pull my butt cheek and anus open to help angle this thing out. If I don’t make it, please tell Lauren that she can have the special edition Britney Spears and N*Sync CD I got at McDonalds in 2000.

Once I cleaned myself up, I walked outside. All of the girls at the table asked me where I had been. I hadn’t realized that an hour had passed by. Feeling defeated I simply looked at them and said, “I’m pregnant! And constipated. And nauseous. And tired. And scared. But excited!” Everyone was thrilled. Alicia, a stunning Australian woman (seriously – stems for days) who is already a mom (or mum as she would say) was so supportive! She humble bragged about not being sick at all with her kids, but offered some great support and advice. Nelly called dibs on my baby shower. (She is the BEST activities director ever.) She also got me some Metamucil to try to loosen things up down there.

Fear and Roaching in Santa Monica

Can you really have it all?
0 replies

What Kind Of Mom Are You Going To Be?