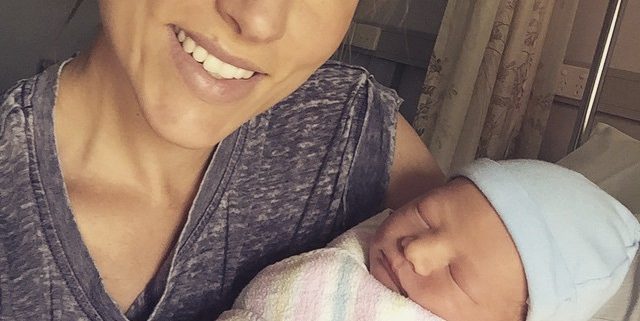 One of the worst things you can do to your mom (besides telling her that it’s okay to use a purse hook in public), is move roughly 9,000 miles away to Australia and start having grandbabies. Luckily, my mom, Donna, is an excellent sport and has braved the journey from Florida to the Land of Tim Tams and kangaroos five times in the past three years. As a 66-year-old, this is no easy feat. When I picked her up from the Dubbo airport a couple of weeks ago, we began the two hour journey back to Mudgee, which consists of some very bumpy and very unfinished roads. At 37 weeks pregnant, this was mildly uncomfortable for me. I had to pee every 4 minutes and felt like my unborn child’s foot was about to burst through my vagina like a scene straight out of Alien, which brings me to the worst thing you can do to your pregnant daughter: Tell her a fart story.

Donna began telling me that on her journey across the Pacific, she let a fart out that was like no other fart. I immediately began to laugh because nothing is funnier than a story involving flatulence. (Can I get an “Amen, Sister?”)

She continued… “I settled into my seat and got to know the girl sitting next to me. She was a missionary from San Diego. I decided not to tell her about your book. As the plane began to take off, I tucked my blanket tightly around my body and began searching for a movie. After selecting Interstellar, I had the sudden urge to release some air.”

As someone who knows all too well the type of “air” travelling by plane for two days can create, I began to convulse with laughter, which put an immense amount of pressure on my bladder and baby.

“Since we were still ascending, I figured it was a good time to relax into the fart. Oh how I was wrong. The noise that followed caused my new missionary friend to jump, look over at me and scream out in horror. Even though the sheer force of my fog horn fart literally lifted up my blanket, I thought that maybe, just maybe I could get away with it by staring at my tv monitor. This is when I knew that I could win an Oscar. I watched Matthew McConaughey intently, while simultaneously praying that my missionary friend would conclude that the noise she heard must have been from the plane. Or the work of Satan.”

Tears were streaming down my face and either urine or amniotic fluid was seeping into my pants. I was trying to focus on driving, but I was having a very hard time catching my breath. How Donna’s fart had been louder than not one, but two jet engines had me dying of laughter.

That night, Donna fell asleep at 7pm. I stayed up to work on my new book, finish the dishes and get organized for the next day. When I finally laid down, contractions began. And not the fake Braxton Hicks ones. Real, painful, HOLY F I’M IN LABOR contractions. Three weeks early. Obviously, this was a bit unexpected. But then I realized that I literally hadn’t laughed as hard as I had in the car in probably my entire life. It’s no wonder my baby was trying to get out of me. The next day, I delivered Donna’s first grandson – Axel Paul Land. And I know deep down it’s all because of the fart that scared the missionary lady out of her seat over the Pacific Ocean.

Why I will never (willingly) eat pot again:

Need your kid to go the f*ck to sleep?

Seriously- is it September yet?!
1 reply

Born To Be Donna