Before I met Jeff, I’d bet that 0% of people who knew me would say that I had any idea how relationships work. However, I’d bet that at least 80% of people (and 100% of bartenders) would say that I knew exactly how to get someone to sleep with me. But there comes a time when you turn 22 (and run away from the bar hysterically crying about getting old) that you realize you need a new challenge in life. That challenge was to get a boyfriend without sleeping with him first.

When I moved to LA I realized that this new playground would be the ideal location for my life experiment. When I met Jeff, it all fell into place. Jeff was great. We met through work, so I was at least relatively sober and he still liked me. He thought I was almost as funny as I thought I was – or at least he faked it well – and that was the best I could ever hope for! Plus, he didn’t seem bothered by my obsession with cheese platters or the ridiculous stories I would make up about homeless people stealing my shoes from the Green Monster (my 2000 Ford Explorer). After our first date he walked me to my car and kissed me! It was pretty fantastic. Dates 2 and 3 ended similarly. Now I was in new territory. How long does this go on for? When do I give it up? What if he’s using me just for the sex and now I’m invested and I’ve waited too long and I think we’re going to get married and he sees me as a challenge?!

In college we had this theory that we called “The Umbrella Theory” that states if you go out with an umbrella, it won’t rain, but if you forget the umbrella then it will pour. But instead of rain and umbrellas – we were referring to a Brazilian wax and a hot guy. You know that point when it’s been so long that you’re only wearing boy-short underwear because even you don’t want to see what’s going on down there? And how you’re sure that’s exactly the time when Leonardo DiCaprio is going to try to sleep with you? Yup, that’s what we mean. Epic Embarassment.

Now, things with Jeff were getting serious. I had even made him dinner! (By made him dinner, I mean I bought a Boboli pizza crust and toppings and demonstrated my knowledge of working an oven). So, surely this theory didn’t much matter, since I figured I could plan for the rain – wink wink. We’d had three dates, we talked all the time and we had plans for Saturday. So I booked my wax appointment for Saturday morning and continued on with my life.

I knew I wasn’t going to see him on Friday because it was the one night of the year my company was nice to us underlings and let us have the box at Dodger Stadium. But does a night ever end well when it starts with drinking whiskey out of water bottles with 15 other alcoholics on the way to a baseball game? And if it did end well, who would remember? In our group of gays and girls I’m not even sure any of us were watching the game, so much as taking full advantage of the free food and booze. We’re the types who like to play power hour with vodka.

Sometime after Dodger Stadium, our designated driver forced us to go to a bar called Palihouse. After that, I’m prettyyyyy certain I started texting Jeff. And I’m pretttyyyyyy certain I’m lucky he wasn’t scared away by drunk Toonie. When we got to the Palihouse is when things started to take a turn for the blackout. I don’t remember being inside, but I do remember sitting outside, waiting for Jeff to pick me up because I can only assume I called him to tell him I was stranded and needed a ride home.
Jeff pulls up in his Camry hybrid and I hopped in stating, rather intelligently considering my mental state, “Wow. Your car is like a Spaceship!” Being the polite girl that I am, when he got to my house I offered him a beer as a thank you. I handed Jeff the beer, let him take one sip, took the beer back and led him to my bed. And said to myself, “if god loves me it will not be small…”

Turns out, I have almost no self-control, specifically when drunk AND you are never too old for “The Umbrella Theory.” There is just nothing that can prepare you for the impromptu BOHO (blackout hookup). Saturday morning I woke up cringing and told Jeff, in my most adorable complaining way,

The good news is, he thinks that response was pretty fantastic. To make matters worse, I had to have Jeff drive me to my car. Otherwise I wouldn’t have made it to my wax appointment in time. Why didn’t I have my car, you ask? Because I left it at work before we all went to Dodger Stadium.

That reminds me, Auntie Toonie says Never Drink and Drive. 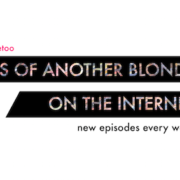 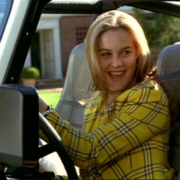