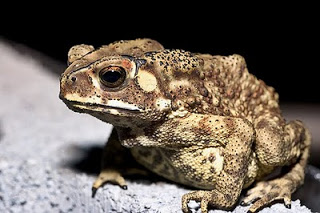 I can’t believe that I’m actually putting this in writing, but it’s time I confess.

I used to have a wart on my hand.

Okay fine, I’ve had warts on my hands and legs. Not all at once. But as soon as I could get rid of one, another would pop up somewhere.

When I was little, I had one on my thumb knuckle. I bit it off in ballet class and blood went everywhere. Embarrassed, I explained that I knocked my hand on the bar. (Believable to a 6-year-old…) Even though lots of kids and people have warts, I was so so so utterly embarrassed by them. I remember suffering severe anxiety whenever we’d have to hold hands in class. I used to try to cup my hand out so my partner wouldn’t feel it.

My mum took me to get them frozen off, but then another would appear within a week. Our battle went on for years. When I was 19, I got a cluster of warts on my knee. It was so gross that that I went to the doctor and begged them for something stronger than dry ice. She offered me a type of acid that would go super deep “but may blister.”

They sure as shit did.

I had four warts so close together that when she treated them individually I ended up with this big mama mega blister on my knee. I wore jeans (in the middle of Florida’s summer) to try and hide it from my friends. Especially since I was going to visit this super cool girl at her college in Jacksonville. My disguise was working until I got too drunk off and dropped to my knees.

And then there was the wet spot on my pants…..and this girl’s dorm room floor.

Of course she wanted to know what it was… unable to think of a solid lie I had to tell the truth, “Uh sorry – I had a cluster of warts that I had treated with acid so that’s, uh, wart and acid juice on your floor.”

I didn’t really see much of her after that.

A few years went by and my legs remained wart free. What didn’t was my left hand. I had this pesky little one right under my index finger. It was pretty easy to hide from people until I got a boyfriend, Paul.

It’s not like he’s a massive hand holder or anything, but it seemed like we were always doing something that required balance. Like hiking up ice-covered streets in stilettos because I was 21 and living in Park City, Utah… A couple of times he tried to hold my hand while driving because our relationship was new and that type of thing is acceptable then. Luckily, within a few months we went to Australia for a ski season and the driver seat is on the opposite side. So instead of trying to hide my wart left hand, I gladly presented my wart free right hand as he toured me around!

Another reason why Australia was so magical for my wart issues is the fact that I picked up some wart removal stuff at the chemist and it worked!

Like it’s been 5 years and I haven’t had a single wart since! When I came back to Florida (my hometown) after backpacking, my friend, Rae, and I bonded over our pesky hand warts.

Turns out she had been trying to hide one from her boyfriend for the past three years. I told her about my amazing Australian wart remover and let her use some. Within a week her wart was gone. We decided it was time to tell out boyfriends about our secret… They had NO CLUE. And they didn’t even care. They showed us theirs.

Why I will never (willingly) eat pot again:

Listen to your children!
Scroll to top