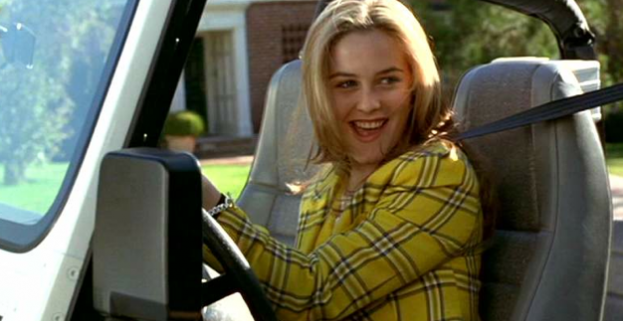 AS SEEN ON FLAMINGO PINK HERE!

Also known as: how to be absolutely ridiculous before you turn 16, by Summer Land.

When I turned 15 and got my learner’s permit, my mum, Donna, told me that I needed a car to practice in. I wasn’t about to question her thinking. The woman was offering me a car! Apparently she felt that it was important for me to practice in the type of car I’d actually be driving.

Step 2: Help out a friend in need.

As if the stars had aligned, one of our family friends, Makaya, was selling her little navy blue VW Cabrio convertible because she was having twins! I just HAD to buy it. (I was helping out a friend, of course.)

I don’t want to brag or anything, but I looked exceptionally adorable in this car. My bleached blonde hair whipped in the wind as I zipped around our neighbourhood streets (with my mum covering her eyes and whispering Hail Mary’s even though she’s Jewish.)

But then one day Donna was getting her oil changed and I saw a used Jeep Wrangler on display. I immediately started daydreaming about me and my friends driving to the beach with nothing but bikinis on our tanned bodies and 50 Cent blaring on the stereo. So… I stated my case.

Step 3: Admit that you made the wrong decision.

“Donna, I only bought the Cabrio to help Makaya out. It was a rash decision and it’s not what Ireally want. Please please please can I have this amazing Jeep Wrangler?!”

Donna being Donna agreed and let me trade in my Cabrio for my new toy. And boy did we have fun in it. For about three months my brother and his friends and I all went mudding. And by mudding I mean we just drove around on rainy days on dirt roads. On our last trip we got stuck. We tried to drive her out, but our efforts were fruitless. My boyfriend at the time had an Escalade so we tried tying a water ski rope to pull us out. Well that almost immediately decapitated everyone when it snapped with the first bit of acceleration. After about six hours, a friend’s dad and his Ford Bronco came to our rescue. When we got back to our house I had two flat tyres and a headlight full of water. Suddenly the Jeep didn’t look so glamorous.

Step 4: Admit that you made the wrong decision again.

The next day at school I was in weightlifting class when this effortlessly cool girl and I were chatting about cars. She flatly said that Acura RSX’s were amazing and that I should get one. So what do you think I did? I went to the Acura dealership that afternoon to test drive one. And then I called my mum to come help me buy it. Hesitant, she was really trying hard to say no. (Donna had said no to some hard hats my brother and I wanted at a cave gift shop a few years earlier and felt super bad about it, so getting her to say yes would take a little work, but not much…)

Step 5: Point out the safety rating.

Donna was on the fence. I could see her going either way really. So I carefully explained that I didn’t realise just how dangerous the Jeep was. I painted the horrific picture of me rolling on the interstate with no solid doors or roof to protect me. It didn’t have a real shell and a teenaged driver needs something safe. BOOM. I was now the proud owner of a silver Acura RSX.

A few weeks later I turned 16. And yes, I kept the RSX. For three years.

Oh PS Lest we forget what happened on Day 3 of my learner’s permit?

Glad to see my brother is doing well. 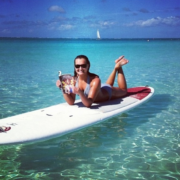