We Bought A Fixer Upper. 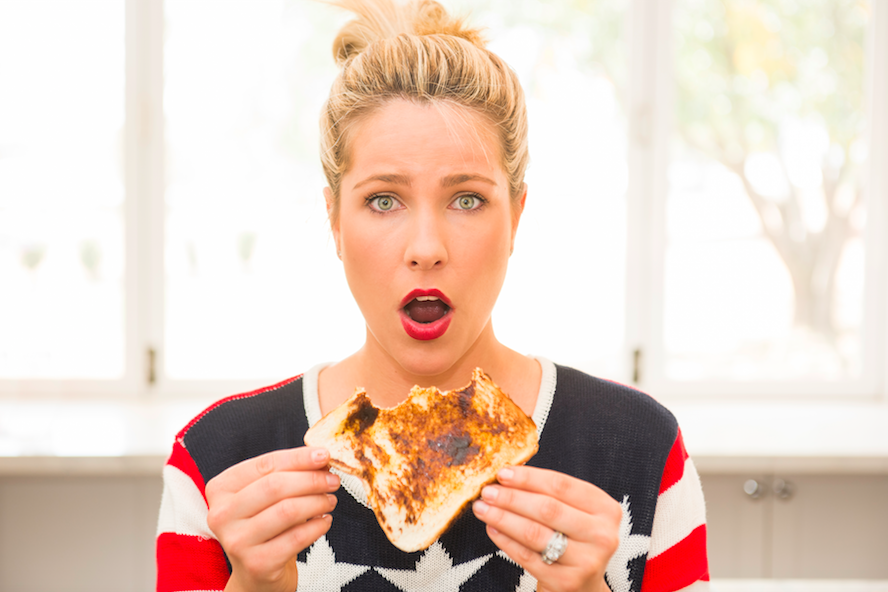 When my husband, Paul, and I bought an investment property that needed “work” I was ecstatic because this was our chance to become the Ausmerican version of Chip and Joanna Gaines. We would have a demo day, solve a foundation issue, create a bonus room with genius crayon storage and then proudly present our fixer upper on Facebook for our friends to oooh and ahhh over.

Turns out renovating is not as glamorous as Joanna makes it out to be. First of all, I had imagined my tasks to be designing things on my MacBook Air and picking out tiles. Nope – I was painting. And not roller painting. I was doing the horrible trim part first. Midway through my first day of work Paul informed me that he needed to run to the tip to dump off some rubbish and would be back in an hour.

I waved him off while singing along to Zedd and thinking about how toned my right arm must be getting from cutting in on so many windowsills. About 15 minutes after he left I noticed that I had to pee. Badly. (Like given birth twice badly.) This was quite the issue because the toilet had been taken out and the water was turned off, which meant I couldn’t pull a sink pee either. There was a hole in the floor where we were replacing some floorboards that I considered, but worried it might smell. I wrapped up my paintbrush in Glad Wrap and walked outside to the backyard, but three neighbouring houses looked directly at it. There was nowhere or way to conceal myself.

Just as I was getting the dull bladder ache of death, I remembered that my friend Katie, lived down the block. I started walking over and called her on the way. Unfortunately, she wasn’t home but said a door might be open. I told her I’d just pee in her yard if not.

I don’t  know if it was my walk in the harsh Australian sun or the fact that I had accidentally taken two probiotics that morning, but by the time I got to Katie’s I now had to poop.

I frantically tried every door and window. The bathroom window was actually open and revealing a ready to be defecated in toilet, but had a screen. I briefly fiddled with it to get it off, but genuinely didn’t have time because my poop was primed and ready. Katie’s 10-year-old black lab, Lucky, followed me around as I searched for somewhere to relieve myself. I walked around Katie’s gorgeous and brand new wrap around porch and found some plastic left over from the construction. I had no time to take it any amount of distance away from the house so I laid out my make shift drop cloth, pulled down my pants and let myself go. (Literally and figuratively.)  Lucky sat and stared at me in a non-judgemental way. It was kind of a, “Yeah, I’ve been there too.” look. I started to pee a little and then realized that I shouldn’t pee on the plastic or on Katie’s porch. I grabbed my droppings and waddled pantless off the porch and continued peeing on the grass. Feeling defeated, I used my undies as toilet paper and cleaned myself up. I found a hose and washed my hands and gave the porch a spray. Next I found some more black plastic and wrapped up my faeces again. This load definitely warranted a double bag situation. I opened Katie’s bin, but it was empty. There was no way I could put my poop in it for her or her family to find.

Soooo I did what any 29-year-old woman would do. I walked back to my house with it. Just as I was crossing the street to my yard, a beautiful woman I know from playgroup pulled over.

No, Allison. I do not want to get in your clean car with your perfect self and perfect children while clutching my poop parcel.

“Aw, thanks for the offer! Just heading to our rental! Thanks though! See Ya!” (Nervous Sweats times 1,000)

Allison drove off and I reached our garbage can that was (thank God) getting picked up that day. I dumped my dump and then called Paul. I needed a shower. I also needed to never be without my car ever again. I also skipped painting the next day because writing in a café is so much less dangerous than a job site without a toilet.

Click Here To Get A Copy of My Memoir, Summerlandish!

Sunni Overend & The Dangers Of Truffle Hunting
Scroll to top