AS SEEN ON QUARTER LIFE CONVERSATIONS

I really didn’t mean to fall in love with my husband. Don’t get me wrong- I was looking for Mr. Right. I just didn’t think the random fling I had when I was 21 would be it. It all began a couple of Thanksgivings ago while I was escaping my 9-5 job one weekend in Park City, Utah with my best friend, Megan, when she informed me that 12 very cute and very single foreign men were renting the house directly across the street from hers. Since it was Turkey Day, we had the perfect excuse to knock on their door and get to know them. Within minutes, I began an intense eye- “love making” session with a dashing Australian guy named Paul. The next night we decided to all go out. Since I was young and single, I did what any normal American girl would do- I made out with Paul on the dance floor until last call. And then I went home with him.

Now you’re all probably slapping your hands against your foreheads and yelling “Nooo! No sex until the third date!” But I wasn’t planning on dating him! I swear! I was planning on exploring my sexuality with a hot Australian man (who BTW, asked me if he could “push it up my bum.” He really did say “bum” and even said please.) I had never done (cough) the back door before, so I figured he was the perfect guy to experience that with. Commence: most awkward missionary anal sex ever. At 5AM, I skipped back across the street and into Megan’s arms.

My butthole got over what I did to it and I went back to work and didn’t really give Paul much thought. He was just a fun story for me to tell. Then New Years rolled around and I received a text from him. Since it was a holiday for couples and I had no male prospects to kiss at midnight, I decided to text him back. Two weeks later, I moved to Park City. Not for Paul- but for life as a ski bum. (He was just a bonus.)

We began sleeping together and hanging out pretty regularly. The thing about our non-relationship relationship was that we genuinely liked spending time together. But then the snow melted. Paul went to work at a ski resort in the Snowy Mountains and I, not wanting to face the real world again, met up with a friend from college in Western Australia for a four-month road trip. And this marked the beginning of our long distance undefined relationship. Question- without titles, how do you play by the rules? We were both self-proclaimed independent world travelers and weren’t looking to be tied down. (Tied down sexually? Yes. Metaphorically? No.)

Being in a long distance relationship in the 21st century is kind of like being in a long distance relationship in the 20th century. The only difference is that you can call, text, email, Skype, Vine, Facebook, Tweet, Instagram, and Snapchat instead of waiting for Mr. Postman to deliver a letter.  Thanks to those social networking sites listed above, I couldn’t help but stare at Paul’s profiles. I stalked his old photos, old girlfriends, and even Googled his hometown. The only negative was that since we weren’t technically “boyfriend and girlfriend” I felt like I couldn’t say anything if he was tagged in a suggestive photo with another girl. All I could do was fall more in love with every new profile picture and witty status update.

When we were finally reunited for a two-month road trip down the east coast of Australia, I felt like I knew Paul inside and out. Our non-relationship relationship was able to keep maturing because of how easy it was to communicate. And by that point, I loved him. I loved him so much that it was just about time for “The Talk.” Nervous about what he’d say, I finally got the courage to ask Paul about our future one morning at breakfast in Byron Bay.

Paul explained that he wasn’t ready for a commitment and just wanted to keep things going as they were. When I pressed the issue he threw a right hook with:

‘Honestly? I don’t see myself marrying you. You slept with me the second time I ever met you.’

(Cue immediate internal mortification and defensiveness) I slept with him so quickly because I was just looking for a fling. I wasn’t expecting to fall in love. It just happened. He was Australian. He had an accent. What do you expect from us American girls? Now I would understand his judgment if this was the 1950’s or something, but this was 2009! Hadn’t we all seen enoughSex and the City episodes to know that the whole sex on the first date rule was outdated?!

That afternoon I was feeling extremely slutty, and was too wounded to keep on travelling. I kept thinking that we would have never been sitting together in Australia having any sort of talk if I had made him take me on proper dates. It’s because I was willing to be so casual and carefree that he had a chance to get to know me. He didn’t see it that way and we decided to go our separate ways. (I’m so dramatic.) However, I still needed closure. The next day I called him. When he answered, I told him my new life plan and that I needed to not know him. I may have slept with him straight off the bat, but I was still a catch. I needed to check my pride and move on. If he couldn’t get over how we got together, then that was his problem.

What he said next completely changed my world. He pleaded that he didn’t want that. He wanted to be my boyfriend. He explained that when he left, he almost cried. He asked me to come to Sydney the next day so that we could spend our last few weeks together in Australia before it was time to go back to Park City for another ski season.

And just like that, all of my slutty, tainted, hurt feelings went out the window. Of course, Paul still argues that I was an exception. Regardless, from that day forward, he has been 100 per cent committed, loving, hilarious and absolutely incredible. We spent another magical season in Utah together. But then life got in the way again. Paul had to go back to Australia. We decided to apply for the De Facto Visa so that I could go and live happily ever after Down Under with him. And so the long distance relationship began again. But this time it was real.

Thanks to Paul getting over the stupid rule about sleeping with someone on the first date (whoever made that up was a prude and extremely bitter and sucks), he showed up at the end of 6 months apart and proposed. We were married in July 2012 and had our first baby girl in October 2013. Who knows what rules she’ll have to get her boyfriend to break. Poor girl.

Summer Land Just let me do it. 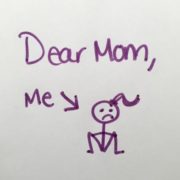 Something To Write Home About.

Summer Land True Statements My Neighbours Could Make About Me.

10 Summerlandish Selfies to inspire you to travel!
Scroll to top