Born in West Virginia and raised in Florida, Summer Land graduated magna cum laude from Emerson College in Boston in 2008 where she studied Marketing. After embarking on a Working Holiday in Australia and spending two ski seasons in Park City, Utah, Summer moved to Australia in 2010 where she settled down in Mudgee, NSW and began writing.
Inspired by Sloane Crosley, Chelsea Handler and David Sedaris, Summer first started blogging, but quickly learned she had a book inside of her. Summerlandish: Do As I Say, Not As I Did, was published in 2013, which prompted numerous writers’ and readers’ festival appearances across Australia. Today, Land writes a column in the Mudgee Guardian and is a regular contributor to The Tot. Her writing work has also been featured in Elle Australia, Cosmopolitan Australian, Mamamia and Women’s Health. I Now Pronounce You Husband and Expat is her second book.

Stuff I have written:

Why I Got Naked In Front of 30 People

Do you have an event or book club coming up? I would love to be involved. I am Mudgee based but can travel or Skype in as needed.Please contact me at hello@summerlandbooks.com to chat about your event and I’ll get back to you as soon as possible. 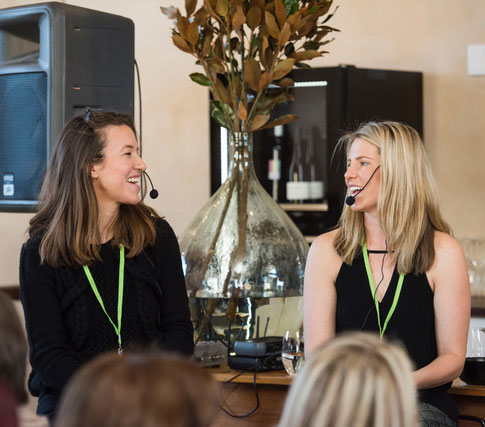 Nice things people have said about me:

“Summer Land is the real deal: as smart as she is gross-out, and charming as she is lacerating. Her writing makes me sigh with admiration and shriek with appalled laughter.”

“Summer Land is wet-your-pants funny, frank and relatable – and that’s why her work connects with readers around the world. Not only is Summer’s writing entertaining, but her candid honesty makes women feel a little less alone.”

GABRIELLE TOZER
Author of Remind Me How This Ends, The Intern and Faking It

“Summer Land is Gen Y’s answer to Bill Bryson. She’s an inveterate outlier who drags you in from the cold and wraps you in a great warm blanket of Summer lovin’. With an eye for the absurd, an ear for language and a nose for poop (actual poop, not bullpoop), Summer welcomes you into her hilarious world of cross cultural misadventure. With her cherry-chapsticked all-American cheerleader charm, she will steal your heart and open your mind to life’s strange but true potential. After all, she is the only Jew in Mudgee.”

“Summer Land tells what it’s really like to be a woman – coupling love with humiliation, beauty with brawn – and bundling it into a light and epically entertaining package. Honest, breezy and hilarious.”